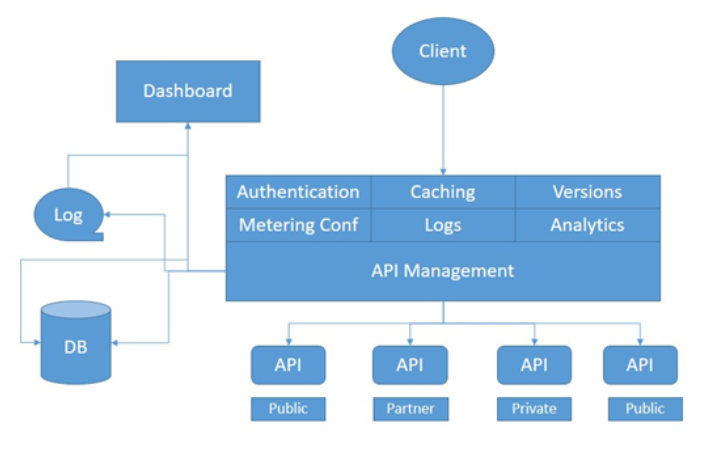 The API manager is the component where the majority of API creation and administration activity takes place. Users can define APIs and implement Policies, which are the fundamental building blocks that define their behavior. Users can also browse the APIs that already exist and understand the Policies they implement as well as their capabilities.

The API Manager provides an easy way for API providers to use a web UI to define plans for their APIs, apply these plans across multiple APIs, and control role-based user access and API versioning. These plans can govern access to APIs and limits on the rate at which consumers can access APIs. The same UI enables API consumers to easily locate and access APIs. All features available in the web UI are also available via a REST interface, allowing full automation.

This is the runtime where API implementations are deployed and exposed to consumers. Gateway allowing the separation of APIs based on their characteristics or needs; for example, an API provider might deploy all their public APIs onto one gateway instance and their private APIs onto another, for reasons of traffic management or security. Adding additional gateways to the configuration is a system administration task that can be undertaken using the API Manager. 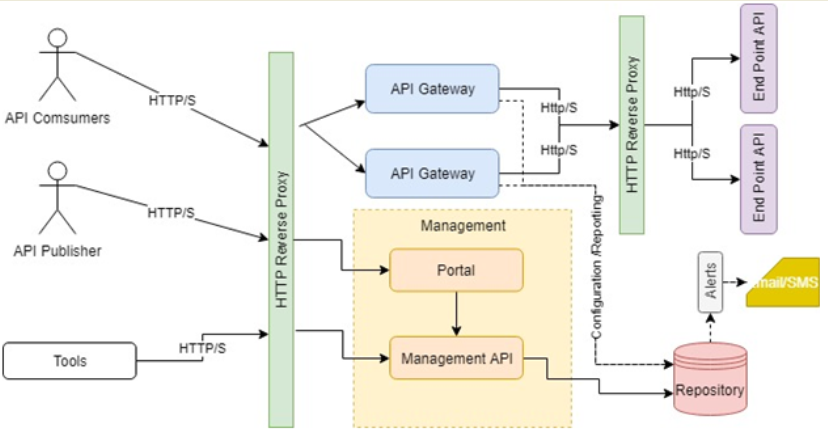 API consumers developed to consume APIs and are used to create the contractual binding between an API consumer and the API provider.

Contracts is the actual link between an API and the API consumers, which is manifested by way of an API key. Without a contract a client app cannot consume an API unless the API is deemed public and thus does not require an API key for access.